Thorn of Ebon by faith Bicknell-Brown

This book is part of a series, based on three daughters, half human, half fairy. While each book seems to be a standalone title, I would recommend reading the books in order so you have a full understanding of the character’s personality and references to past events.

I really enjoyed this book. It was not only well-researched, but well written. Faith managed to (once again) take us on an adventure into the past, to a time where humans and magic coexisted. A time where the Norse gods had more power and when things went wrong we blamed it on the god of mischief, Loki.

Freya’s favorite of the three daughters, Loilati was sent on a quest to seek out the Thorn of Ebon, and prevent the Fae races from being killed.. She rides out on a warhorse bred by Thor himself, and in the company of elves and other magical creatures. Along the way, she discovers her hidden power is fire and learns how to control it. This book made me laugh out loud several times, and is packed full of surprises. If you are a fan of fantasy or mythology, you won’t want to miss the Thorn if Ebon. 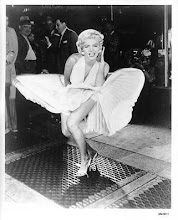